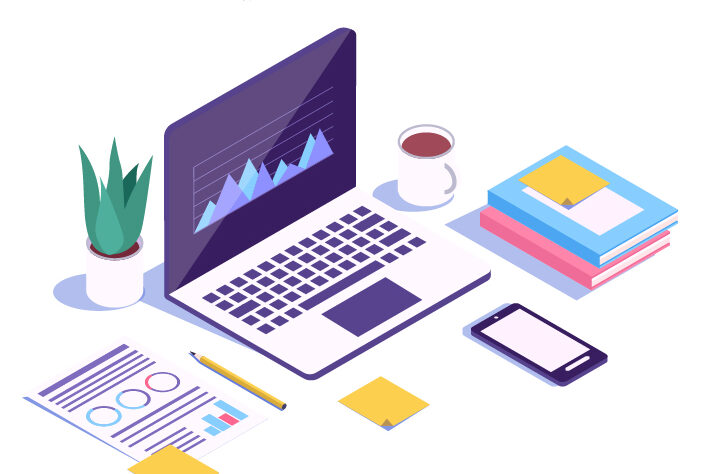 The theme of course №1. Understanding the general characteristics and value of the devices of electronic computing. Controlling internal and external devices
The theme of the lesson №2. Basic types of computers

CLASSIFICATION OF COMPUTERS: Computers are basically classified into three categories: Analog, Digital and Hybrid, but the digital computers can be categorized depending upon the purpose they do and based on their size and performance.

Types of computers according to the data they process
Analog Computers are used to process analog data. Analog data is of continues nature and which is not discrete or separate. Such type of data includes temperature, pressure, speed, weight, voltage, current etc.
Analog computers measure things.
Application areas: Speedometer of a car, Gasoline pump, etc

Hybrid Computers: are analog computers controlled by digital computers instead of human beings. A hybrid is a combination of digital and analog computers.
Application areas: Hospitals, Meteorology Department etc

Types of Digital computers according to the purpose they are used for
Special purpose computers: They are designed to do single specific task. For Example – computer for military application or purpose, computers at billing counter in malls etc.
General purpose computers: They are designed to solve wide variety of problems having different set of inputs. For example – computers for banking, sales analysis etc.

Types of Digital computers according to the size and performance
Embedded computers: are designed to be used within the circuitry of appliances such as television, washing machine, refrigerator, bike etc

Microcomputers: are designed to be used by single user for performing basic operations like educational activities, playing games. These are mainly used in homes, offices, shops, school etc.

1) Programmable Computers or Personal Digital Assistant or PDA: are designed to carry out day to day task related to sharing or exchange of information by connecting to desktop computers regardless of location. They are used as notepads and address book.

2) Laptop or Desktop or Notebook or Personal Computers: are designed to carry out our day to day personal task. They are used in business and at home.
3) Workstations: are similar to personal computers but have greater memory and processing capabilities. They are generally used in industrial, business and in scientific environment that require high levels of computational abilities.

Mini computers: are more powerful computers than microcomputers in terms of processing power and capabilities. They are generally multi-user systems.

Mainframe computers: are designed to handle large volumes of data and information. They are multi-user and multi-processors systems.

Super computers : are designed to be used for doing extremely complicated computations , that also in minimum possible time. They are the fastest, the largest and most expensive digital computers available today. They are best used in Weather forecasting, Nuclear Science, Aerodynamic modeling etc.

Tasks
I. Answer the following questions:
1. What is the basic difference between a digital computer and an analog computer?
2. An ICU (Intensive Care Unit) of a hospital has _______________ computer to monitor the heart beat of a patient.
3. Name the category of the computer that we generally use at home or in Educational institution.
4. A hybrid computer is the one having combined properties of ________
5. How are computers classified into different types?
6. What are general purpose computer and special purpose computers?
7. What are the broad classifications of computer on the basis of work (function/activity)?

IV. Match the words with pictures:

V. Match the words with their definitions: